Before we get into this, I want to tell you I used the recipe guideline from Sippity Sup and would never in a million years have thought of preparing these in this manner, so major shout out there. I honestly had no idea how to get started with sunchokes. I ordered them and I was hesitant for a few days on what to do with them. Plans are never an absolute thing around here, so I found this recipe and heard my father’s words, “everything is better when it’s fried.”

Not only is everything tastier when fried, but I didn’t want to have to deal with anything where I would have to sit and peel these tiny skins off. I will mention though that the recipe calls for a deep fry but I didn’t want to use a ton of oil so I just did a pan fry to get a light crisp to them.

Whenever I have to clean potatoes to cook, I usually scrub them with my little brush for a few seconds and I can instantly tell a difference. These little knots really gave my arms a workout and I only cleaned four of them. I had to get in every little nook and cranny of these things to make sure it was clean. 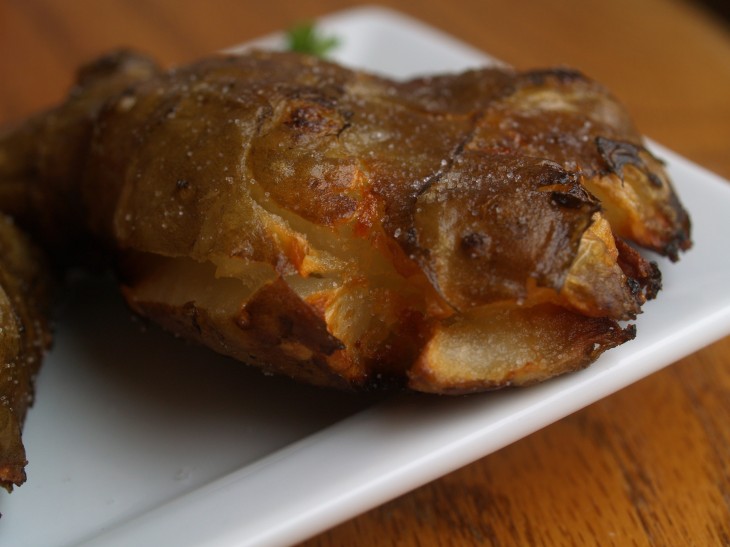 I felt that the payoff of scrubbing the sunchokes to boil and then fry would be good though so I scrubbed forever. The boiling took longer than I thought because I assumed they would start to soften up after fifteen minutes since I had so few, but it took about twenty-five before a fork could pierce the skin. Frying them up was nothing though, a few minutes on each side and then sprinkle some salt on the crispy skins and get your mouth watering.

I’m still chowing down on some of these as I’m typing this up and I am trying to pinpoint what exactly is going on in my mouth. The skin is pretty much like a potato skin, maybe not as tough, and the texture on the inside is like a squash or turnip. It flakes apart like a fish would for some reason, but it has a nice sweetness to it. I can’t taste the nuttiness though, there isn’t really an aftertaste and I just can’t tell what the flavor is exactly. 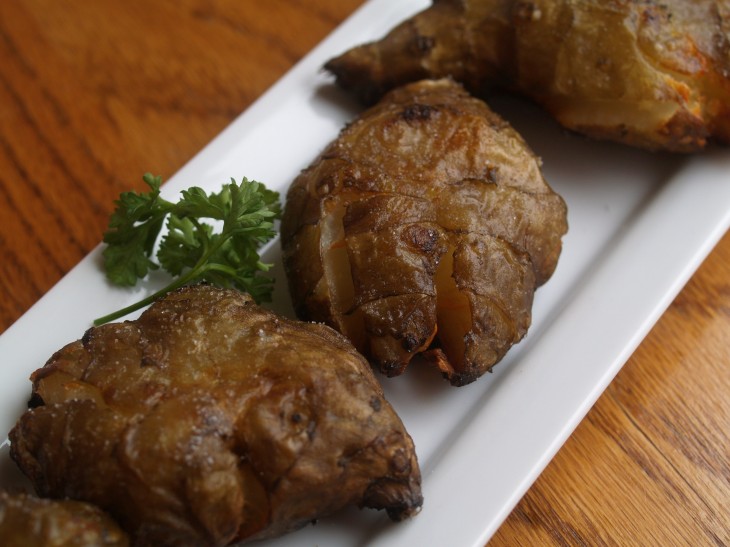 It boils down to it tasting subtly sweet but no smell or strong flavors are really coming with it. I feel like I could eat potatoes and someone could smell and say, “what potatoes were you eating?” but I guarantee nobody will say the same for sunchokes.

I feel my new motto is, “but that isn’t a bad thing” because that isn’t a bad thing. These look fancy as all else and it is definitely an interesting texture to chew on. It would probably be funny to tell people they are potatoes and serve them this and see how they would react. I guess it would be like I did because I think my stomach is still expected a french fry to make its way down. You never know how the second half of the week will go though!