You had to know I was going to roast these. The easiest side to dinner is just taking chopped potatoes and roasting them with olive oil, salt and pepper and enjoying them exactly as I did these sunchokes. I’m not going to lie, I couldn’t really get the taste of sunchokes out of my head, or more accurately, the texture. The flaky, slightly mushy but sturdy texture that is the sunchoke interior is making me chill out on the fence on whether or not I enjoy them. 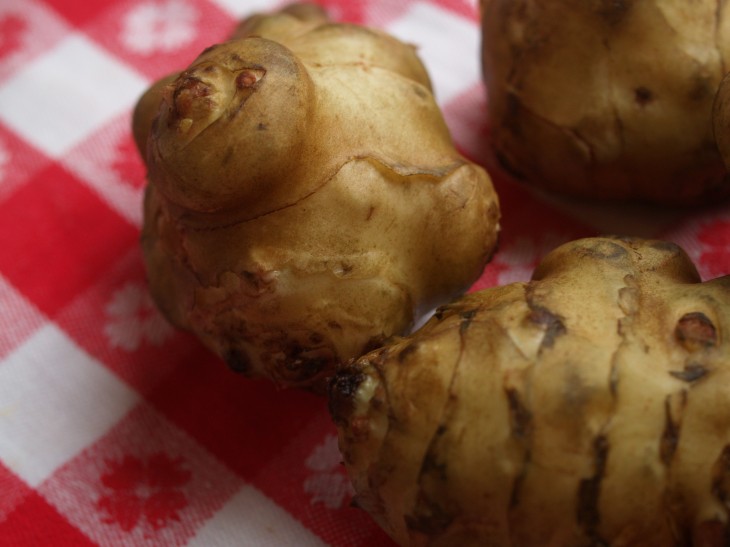 The smashed and roasted sunchokes had the same ingredients and elements involved in that they were cooked in oil and seasoned with salt and pepper. However, the roasted ones seemed to retain more of a flavor, which isn’t as sweet as the smashed artichokes but not bite like turnip would have which is what I’m still waiting for when I eat a bite.

I also roasted them with the skin on and I’m finding, as I sit here eating and evaluating, that I like the smaller pieces more. More of the skin and flesh has crisped up from roasting and the knobs that are all over the sunchoke provide more opportunity for crispiness. I may still be wishing for them to be more potato-esque or maybe I just like my sunchokes crispy. 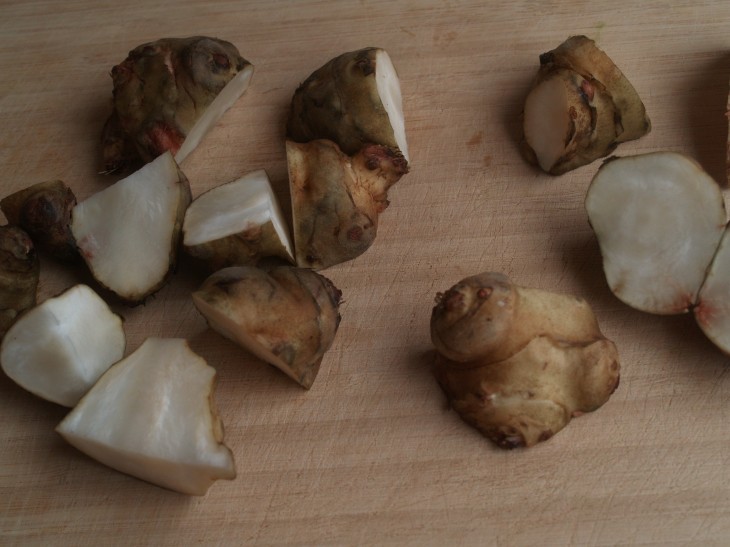 I feel like maybe with some sauce or something like that to kind of accompany the sunchokes would knock them out of the ballpark. I know I mentioned weeks ago I was going to try and make everything tasty but I could not think of anything to pair these up with. Most of the recipes I found were either to treat them exactly like potatoes or make them into soup and it just doesn’t feel like soup weather and I already fried them.

I know exactly what would elevate these sunchokes is some kind of cheese. Not canned nacho cheese or anything, unless you want then you do you, but like a fancy kind of cheese that doesn’t completely melt. Just sprinkle it on and broil or let it just mix gently with it. A good feta I think would be awesome with this, but that is my taste bud preference, so don’t let me dictate your sunchoke options.