Did I tell y’all the first non-compliant thing I ate after doing the Whole30? It was right before Easter so I got a Ghirardelli dark chocolate bunny. I’ve been a milk chocolate person for a large chunk of my life but seeing a fancy marked down bunny sealed the deal and it was the best piece of chocolate I’ve had in my life. So these are following some tough competition. 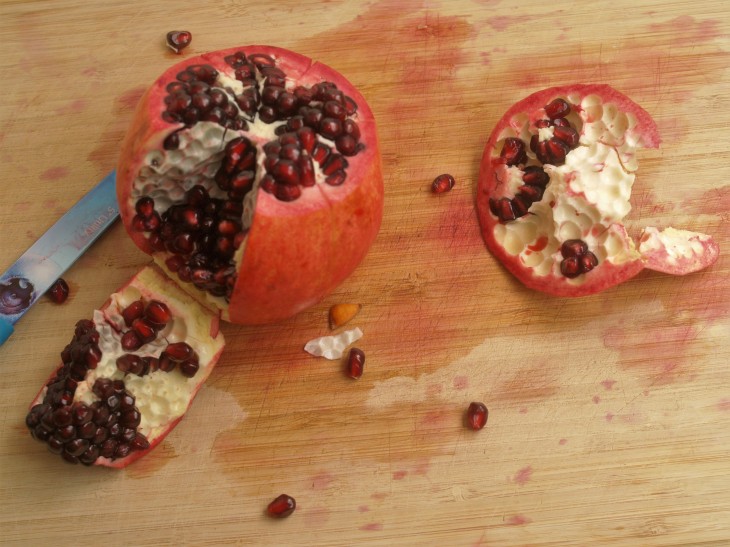 Before I go any further, I have to thank ThisHealthyTable.com for the recipe, give them a look see and try these out yourself. I’ve seen prepackaged chocolate pomegranate bites before at the store, but it never really struck me to make them on my own, but it’s only three ingredients so why not?

I had a fail moment with these though in that I didn’t put cupcake liners into the pan before putting all the stuff in. I didn’t even notice them in the original post so I just hoped for the best, which is sometimes a dumb thing to do and my go-to when I’m in a rush. So, no, I didn’t get perfect little bites of pomegranate and chocolate as an end result. 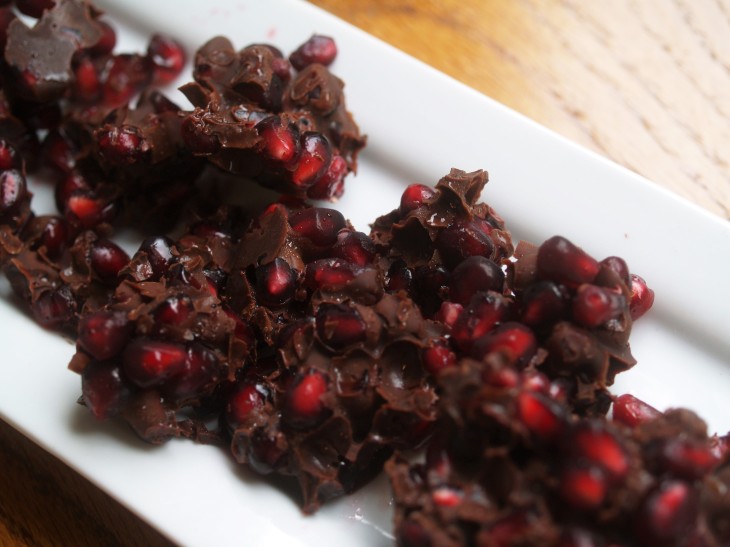 What I did get was a nice little juicy bite that wasn’t overbearingly sweet and not too bland. The only thing I wish I didn’t have to deal with are the seeds inside the arils. When I’m eating chocolate the only crunch I want to have is some kind of nut, not a crisp little nugget that collects in my cheek after I eat a piece.

However, I gotta admit that these were very tasty and even though I couldn’t get them in a perfect shape, I still kept popping them in my mouth as I tried to make them look somewhat presentable. Go out, get some good chocolate and start deseeding a pomegranate.