I could give you a million reasons why this week will have a jumbo post on the spotlight pick but instead I’m going to give you three so be thankful.

I barely touched on the turmeric health craze going on now, but let me just say that there is one and everyone is wanting fresh, powdered or capsules of turmeric for its anti-inflammatory properties. People swear by it though, but I am not a blogger pushing for any kind of miracle cure. I believe there are natural remedies for some things but I don’t trust things when someone brings up something and says it’s a magical cure-all. I’m just here for tasty fruits and veggies. 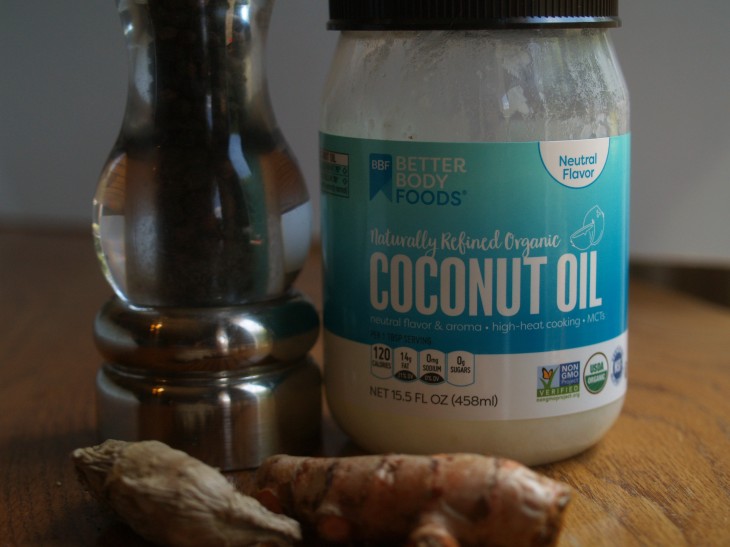 First things first, we are going to make turmeric paste so we can use turmeric in tons of other recipes. I’ve seen curries, stews, soups, meat marinades, plenty of beverages and, again, just eat it straight up for anti-inflammatory properties according to a certain dosage. I already had everything in my kitchen to make the paste so I felt that would be the best use of these little knobby things. 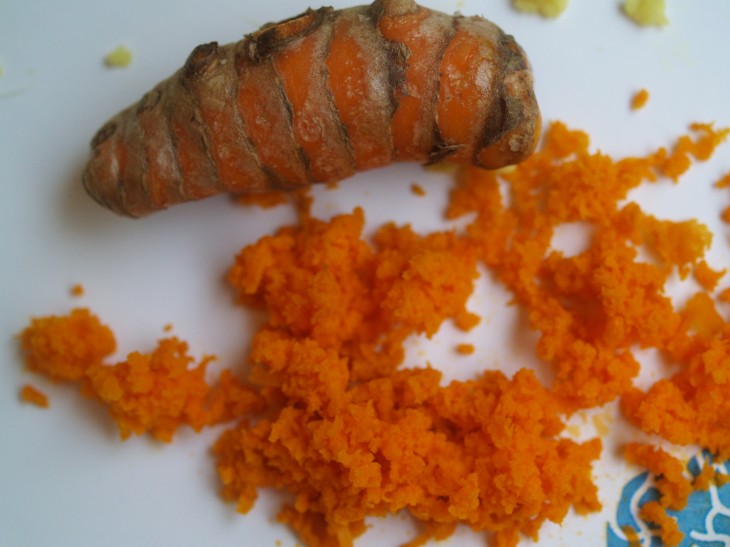 Turmeric reminds me quite a bit of sunchokes in its appearance, except the orange part. I got nothing to really comment on about that, other than they look alike and I wonder if sunchokes can be used like an herb or vice versa. Whenever I do a search on turmeric, the most asked questions about it are apparently how much is ok to take so while I don’t think you’ll die from eating too much you may get super sick if you eat too much maybe. I’m just really trying to make sure y’all know I’m not endorsing this as a medicinal replacement and to make sure nobody gets sick off of it. 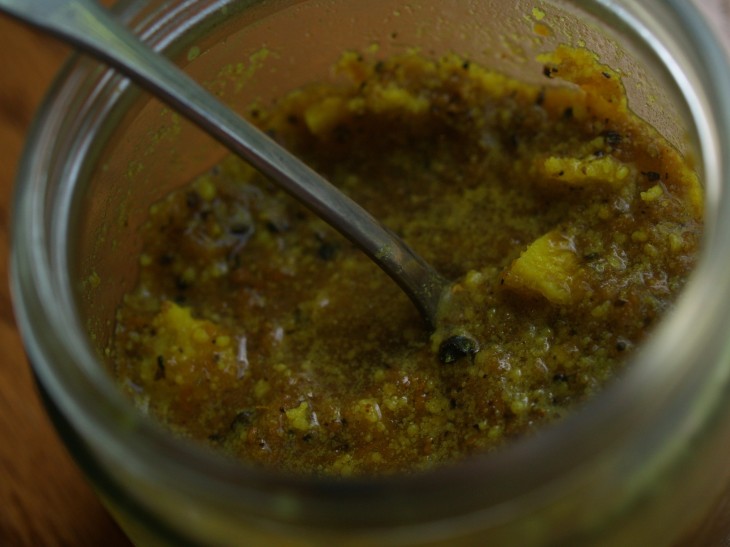 I will admit that my paste didn’t exactly turn into paste and was more liquid mixed with solidified oil. I mean, I wasn’t expecting perfectly combined smooth texture but I probably should have used less water or cooked it longer or combined it in a food processor or blender.

It was all super easy though, just grate the ginger and turmeric, add everything in a pan and stir for a while. You now have turmeric paste to use in recipes to make it taste a little bit peppery. 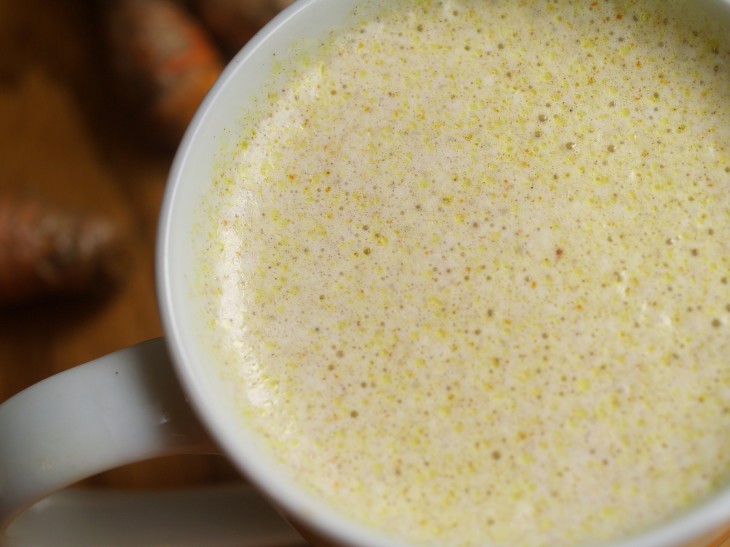 Now the tea itself I just mixed the paste with some milk and a pinch of cinnamon and cayenne (I like things hot thank you very much). I definitely filled that cup up way too much though because it is thick. Not exactly like a milkshake but just incredibly filling for a drink. It reminded me of a spicier chai tea and that is my go-to coffee shop order. Do my joints still ache and my back still stiff? I’ll give you all an update on that tomorrow and we shall just see.