I have to admit that I was slightly intimidated by the chayotes. Every time that I would read up on what to do with them there always seemed to be more steps than I wanted to deal with. The research was grueling but I feel like I landed on something that got my mouth watering.

Without further ado, I found the recipe today from Mexicoinmykitchen.com and she deserves major accolades for this tasty thing. 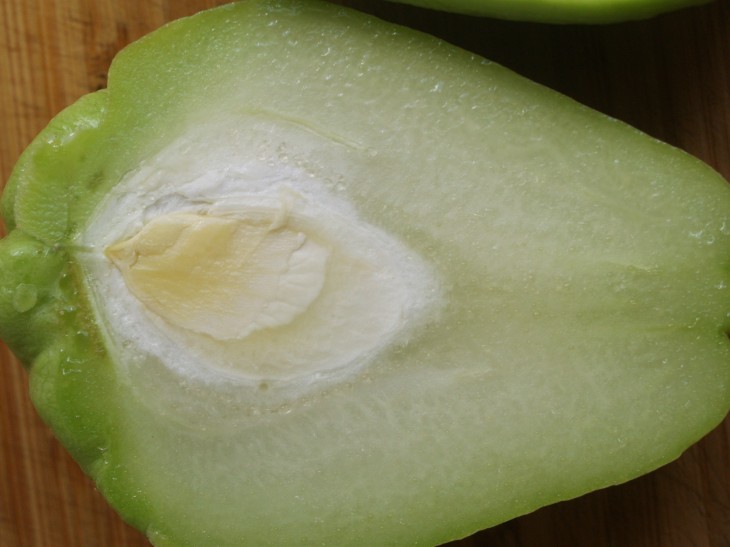 First step to this recipe was to boil the whole chayote in a pot and was surprised to slice into these and find a small seed nestled in the middle. Removing the pit is pretty easy and the seed just pops right out when you dig something underneath it. I then had to peel it after the boiling had taken place, which happened uneventfully.

I kept going about cooking and getting things ready though when I noticed the skin on my hands felt super dried out. At first I thought that maybe my skin was just dry, then it got more dried out and I thought that maybe the chayotes have a film like when you leave glue on your hands to dry. 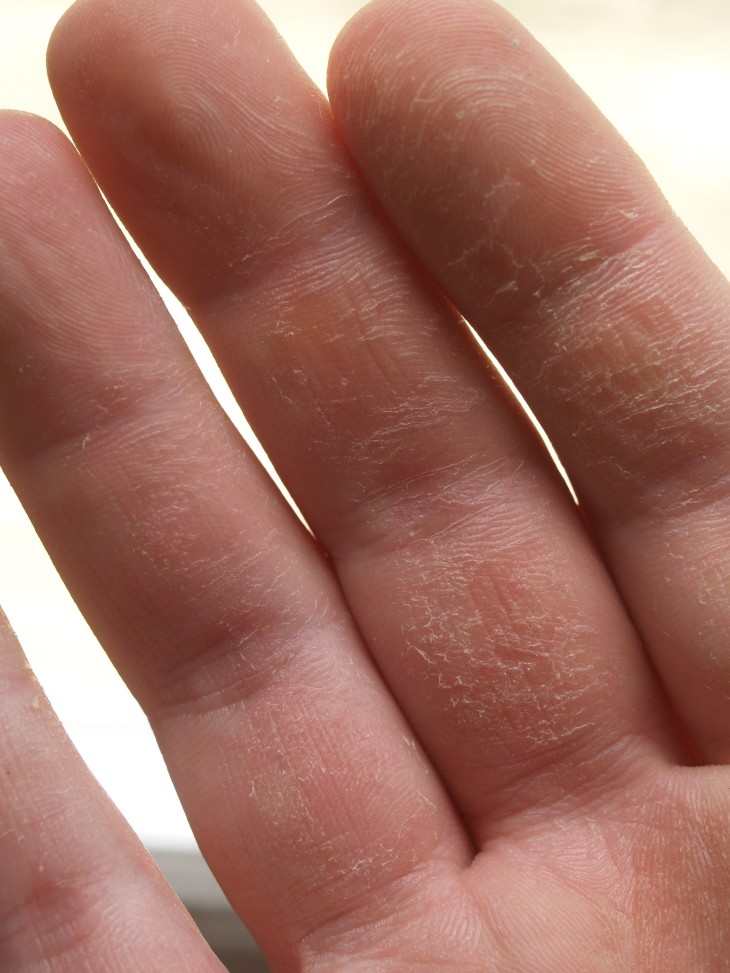 It freaked me out so I checked online and apparently this is a common reaction to some squashes and certain vegetables that is like a self defense mechanism for the plant. It isn’t a film on my hands, but actually a small layer of skin that was becoming cracked and peeling off. No pain, just a sudden discomfort and I highly recommend using gloves just in case when handling the peeled chayotes. 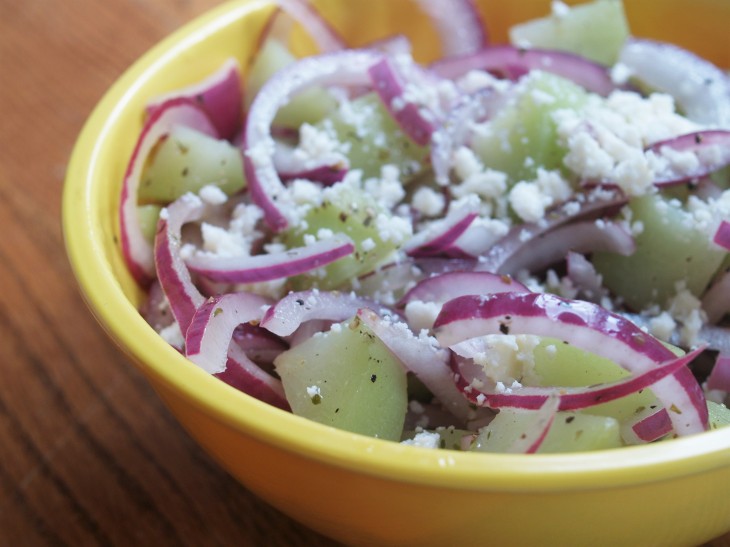 After I freaked out about losing a little bit of skin I chopped up some red onions and made the dressing. You chop up the chayote and mix it all up and you get this delicious salad. I’m not going to lie that it smelled a little off when I was boiling them, but the taste is something different. It isn’t a strong taste, but reminds me of a mix between broccoli and asparagus and maybe some turnip thrown in for good measure. The texture is much like a root vegetable and soft.

The boiled chayote cubes really needed something like the onion paired with it because it could be difficult to eat by itself and rather boring. Don’t forget to add queso fresco up top because everything is better with cheese as well.