Don’t even start, I have totally eaten eggplant before. Back in our first swing at vegetarianism, we would order stuff from a pasta place all the time and their eggplant parmesan was to die for.

I’m just going to straight out tell you that I am going to make eggplant parmesan. I’m still in a quest to get Robby trying newer vegetables. Did you know he hasn’t even eaten the rolls I made last week? I’ve been eating on them for a while now and I know the reason they’re not gone is because they have one ingredient in them he hasn’t tried yet.

Anybody else got a picky eater in the family? Is anyone else’s 31 years old?

I figure eggplant parmesan will hit a weak spot for him though because he loves pasta and fried-esque foods. This combines both and I am just so certain of his enjoyment of it. I AM JUST SO CERTAIN.

The first thing you hear when you ask what to do with eggplant is eggplant parmesan, but this is actually a pretty versatile vegetable. It reminds me of squash but I think it is technically classified as a fruit. The skin of it is edible and it has the same basic taste and mouth feel (gag) as a mushroom.

I love how present eggplant is in media and stuff, and I refuse to acknowledge its alternative use as an emoji (Mom, don’t look that up). My absolute favorite bit of eggplant pop culture though is from the movie The Coneheads which I loved as a kid. Anyway, its about a family of aliens trying to assimilate to suburban living and they have huge heads. You should just watch the clip here. 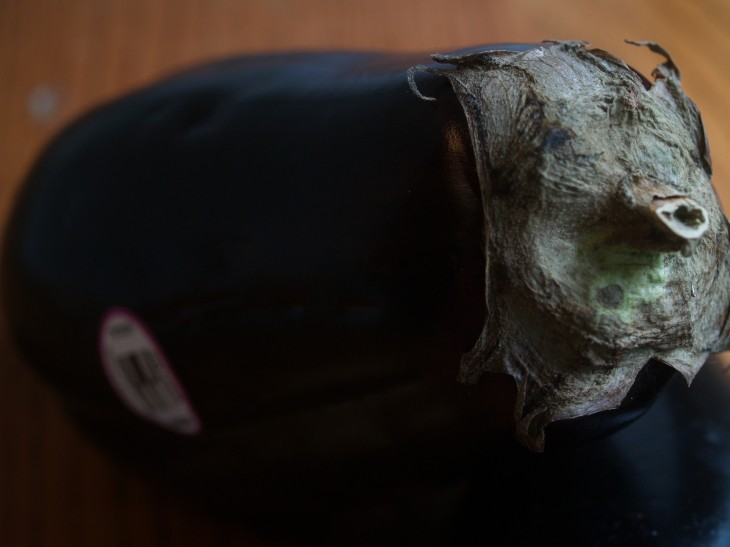 Eggplants are widely available and can be bought at your local grocery, the organic grocery, and even the Asian grocery store. I can’t wait to try this out in more than just smothered in cheese and marinara (but I am looking forward to that as well).

So, I got these at Aldi which is fantastic whenever I can buy any unique produce there for budgetary reasons. I don’t remember the exact price, but I think it was in the dollar-something range. They are huge as well, which is weird because I think Aldi mainly sells underripe produce so it can have a longer shelf life (the struggle of buying bananas there has no end). So when I bought these huge things I thought I would have no problem leaving them to sit until it was time to cook them.

Er, no, cook them fairly soon.

By the time I got to taking pictures of them, one had developed a rather nasty spot on it and I had bought them about four days prior which isn’t too bad, but I guess you always take a slight gamble at Aldi.

Fret not though, I just scrubbed the bad spot out and was left with some good eggplant still. It wasn’t in peak physical condition, but by no means was the integrity of it sacrificed.

I want to say again that I know eggplant is not that mysterious or unknown. The internet is crawling with eggplant recipes and everyone can recall a time they have eaten it. Mostly everyone though, it is definitely not a common purchase though. Nobody is making eggplant in a different way each week but it deserves more credit than it gets.

Eggplant seems to be the next new cool vegetable, or maybe it already was and I missed it, but there are so many people lauding it. I remember the go-to squash like vegetables in my house were yellow squash and zucchini and I loved every incarnation my mom could come up with. I don’t think there was a single time they made something with their garden’s spoils that I didn’t like.

Don’t you hate it when you get ideas on what to plant in a garden only for it to be the end of the season so its pointless to start now and you’ll probably forget by the time it begins next year? Or is it just me? 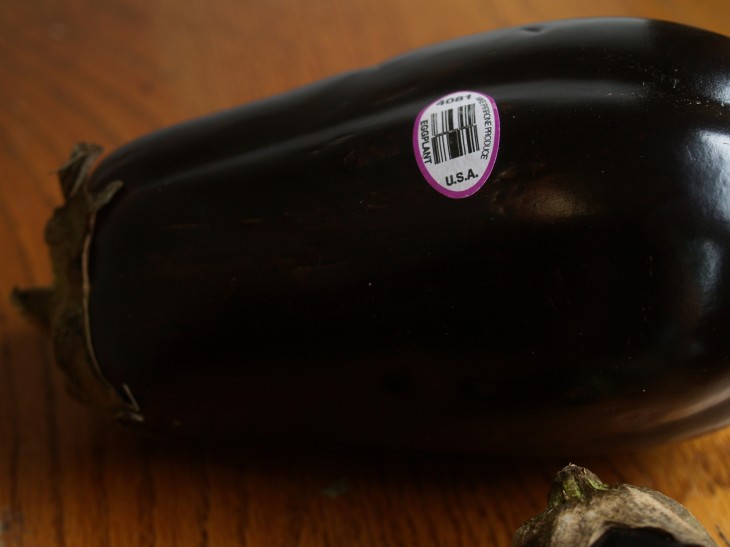 The eggplant just seems so unique though in the world of common veggies. You can walk down a garden row and see reds, yellows and oranges and plenty of green to go around but you come upon this dark purple beauty and you can’t help but admire how gorgeous it is on the vine.

I want to clear up something as well as to why an eggplant is called an eggplant. Whenever I see one I imagine the inside is just a weird slimy mess like an egg. From a cursory search for the answer I discovered that earlier species/versions of the eggplant were smaller, more egg shaped and had a slight yellow or white color. Like an egg. Boom. Mystery solved.

Another mystery is the difference between an eggplant and an aubergine. There isn’t one. Aubergine is just another name for the eggplant and probably way more classy sounding, but the two mean one and the same, much like “color” and “colour” which is like a European and North American difference.

However you find the eggplant under whatever sign in whatever store, I hope you pick about two or three up and get ready to make some tasty grub out of them. You don’t have to worry about cracking them open and discarding the shell, but you will need to make sure they have a tight skin, aren’t too hard and bounce back if you poke the flesh.

Be gentle like they are eggs, but don’t worry too much when you purchase them. I will keep you all posted on whether or not Robby will try an eggplant this week and hopefully I can get him hooked on the taro rolls because I have a container full still.