I like to think of myself as someone who knows when things are popular. I couldn’t tell you what is popular right now because I don’t exactly follow all of the trends. Some of the younger generation is surprised when I know of the current memes and jokes floating around, and they think that is great for a 40 year old (I’m 29). 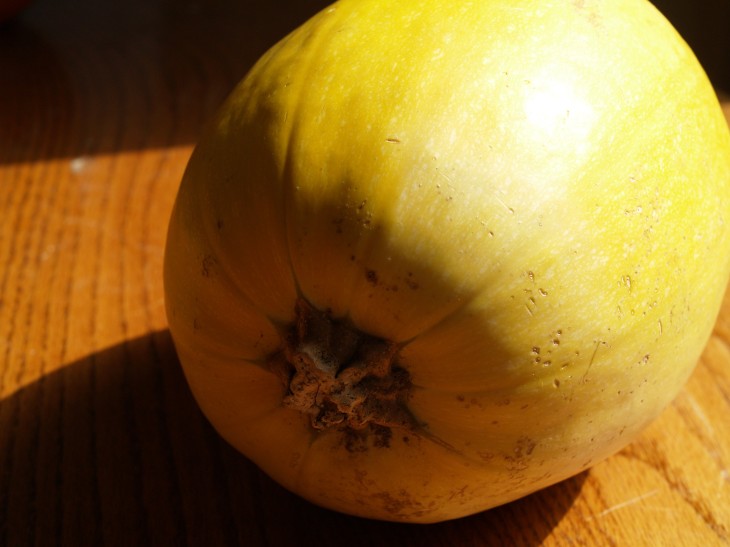 Butternut squash is currently the “it” squash, while spaghetti squash was last season’s precious produce pick. People had tons of uses for these and they mainly came about when the low carb diet was taking over. Spaghetti squash is definitely the more unique in terms of its final product.

Spaghetti squash is the easiest one to prepare. You literally just poke holes in it and put the whole thing in a pan and roast for an hour until you can poke the skin easily.

There is something about roasting it this way that just feels ridiculous, like I’m putting a whole watermelon in a bowl at a party and telling everyone to dig in.

I’m not sure if I roasted it too long or if it was too close to the heating element, but it looks nice and toasted when you take it out and you can tell its done because the skin has hardened and has become brittle. It reminds me of when you try to melt American cheese, it doesn’t, it just burns.

I’ve been saving the big reveal for spaghetti squash’s interior as long as I could. I’m 100% sure people could guess why it is called that and have tried it, but for the percentage of those who haven’t seen it or tried it, the squash comes apart in strands like spaghetti noodles, which is why it was such a big deal during the low carb craze.

My mom would sub spaghetti squash for a bunch of pasta dishes, like buttered noodles and I swear we once had a macaroni and cheese bake kind of thing and they were all delightful. 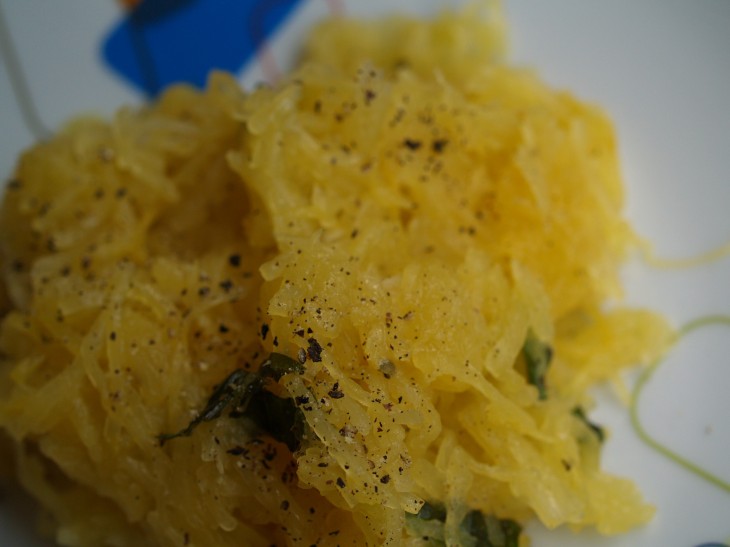 After you shred the squash apart, you can toss it with garlic, olive oil, fresh basil and some salt and pepper to have a nice fresh dish that isn’t covered in cheese or heavy sauces. It’s like buttered noodles, but so much lighter.

The “noodles” will have a slight crunch to them which isn’t bad, because if they were mushy you wouldn’t have this nice resemblance to pasta. 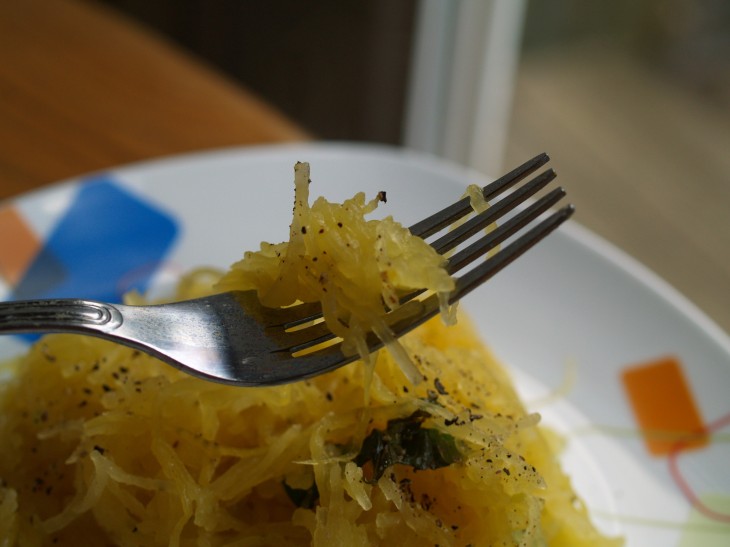 This will most likely end up in my lunch box tomorrow it is so good. This is like a low carb vegan cacio e pepe since I sprinkled some nutritional yeast on top. You’re basically checking off most of the trendy diets on the checklist with this.

It is super weird to look at the final product and think that this is a squash. With all the hype around “zoodles” and spiralizing produce it is really cool to look at this and know that it is much less messy and actually produces more noodles.

So, yes, it is time for you to try spaghetti squash if you haven’t already.